Survey Results: What are your greatest challenges in corporate venturing? 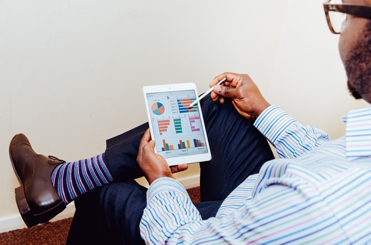 While hosting a recent webcast with Global Corporate Venturing (GCV), we sought to uncover what major challenges corporate venturing groups face in managing their portfolios. We posted a survey from GCV and reached out to corporate venturing groups before the webcast to learn what was keeping them up at night.
We asked them to rate the difficulty of various factors in efficiently managing deals on a scale from 1 (not difficult) to 7 (very difficult). The first three factors below were considered to be of greatest difficulty with scores ranging from 5–7.

Maintaining high-quality and organized data presents a significant burden, according to 48 percent of poll respondents. Often these teams use ad hoc solutions, such as spreadsheets and shared drives, that not only make collecting data more difficult but allow critical information to slip through the cracks. Do you ever lose track of e-mails or find that information becomes inconsistent among your colleagues due to lack of documentation? These types of shared folders are unorganized due to placing documents in the wrong folder, and it can be difficult to restructure the system. This affects the ability to track and compare deals quickly and efficiently, which is key to maintaining a competitive advantage. And, as competition continues to rise for corporate venturing, maintaining current data will become even more important.

Getting in Front of the Right Start-ups

Forty-five percent of respondents see collecting quality assessment and due diligence data as a significant challenge in corporate venturing. This information is difficult to collect because of ad hoc processes to digest information such as spreadsheets or emails. The ability to manage the lifecycle of a deal from initial stages to tracking final decisions is crucial to a corporate venturing group. Whether you are assessing a technology, meeting with leaders to assess their technology, or passing it along to another division for review, tracking the stages of a deal helps groups be more efficient in assessing opportunities, avoiding duplication of deals and, ultimately, making quicker decisions, all of which make for a more effective corporate venturing team.

As we sought to uncover the most important challenges in corporate venturing, the factors that were less important to respondents may seem puzzling. Those factors may have low scores, but that doesn’t mean they are not important to corporate venture capitalists. Poll respondents may have rated factors as insignificant to them because, for instance, ensuring security of information may be an expectation of their IT departments. But we all know that tight data security is critical to staying competitive. But how safe is emailing spreadsheets and having data in distributed databases?

Redundancy of deals isn’t as significant of a concern to corporate venture capitalists because they are more concerned with making decisions quickly to gain a distinct competitive advantage. However, isn’t it frustrating when you meet with your team and a deal you have worked on for the past month was already reviewed and winnowed by your colleague? It is time wasted that could have been used to assess and close more valuable deals.