Few people can start a buzz quite like Elon Musk.  Even his cars get people to stop and stare as they drive down the street. 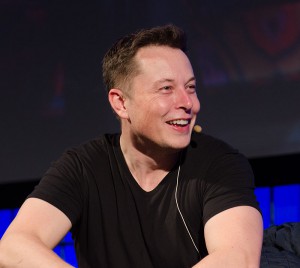 Me? I actually offered a guy at my gym money if he’d let me drive his Model S around the block.  (He declined. Turns out if you spend $70,000 on a car, you’re not willing to let just anyone “borrow” it.)

But that’s not my point.  As you probably saw, Musk once again got people talking recently, but it wasn’t about his products, but rather his patents.  The father of the first truly popular electric car announced he’s opening up his files and offering up his patents to the world.

That’s right.  You want to find out what makes the Tesla work?  Musk says you can go right ahead.

Once the R&D world stopped asking a collective, “Say what?” and realized what this meant for the patent world, it became clear this could be a big game-changer, and not just for the electric car market.

“Tesla Motors was created to accelerate the advent of sustainable transport. If we clear a path to the creation of compelling electric vehicles, but then lay intellectual property landmines behind us to inhibit others, we are acting in a manner contrary to that goal. Tesla will not initiate patent lawsuits against anyone who, in good faith, wants to use our technology.”

Essentially, Musk says for the good of innovation, he’s opening up Tesla’s drawer of patents.  He wants others to use the research and innovations they’ve uncovered so everyone can build upon it and make it better.

Where have we heard this thinking before?  Oh yeah, it’s the basis of Open Innovation.  By connecting a network of researchers, albeit competitors, Musk is making it possible for even greater developments – even if he’s not the one behind them.

Some might say Musk is the coolest guy on Earth.  Forbes did.  And Forbes might be on to something – Musk’s thinking is so innovative, yet so simple.

So that brings up two key questions:

1.  How will this affect his business?  Sure, it’s good for innovation, but is it good for Tesla?

2.  Will other companies look into doing the same thing?

Honestly, I don’t think it’s going to have a big impact on Tesla’s bottom line.  Musk has shown time and time again that he’s a game changer, a risk-taker, and an innovator.  He’s going to come up with something new that other companies haven’t even thought of yet and Tesla is already so far ahead of its competitors, they likely won’t catch up real soon.  All this will do will cut down on the patent protection timeline, something that’s already being hotly debated.

So will other companies do this?  I doubt it, at least not in the near future.  Few have neither the innovation spark nor the confidence of Elon Musk, so they might be afraid to show the world what they’ve got.

What I do hope his decision creates, however, is a push for more Open Innovation within networks.  Musk is so confident in his research and development that he’s willing to share it.  I hope others see this and think, “Well, maybe we can’t do that – but we should make stronger efforts to share our research with others within our network for the sake of innovation.”

Just a little innovation step like that would be incredible.  Think about it.  Musk is on to something.  Can you even imagine all that we could accomplish?